We are delighted to announce that CuraCare won Richmond Chamber of Commerce’s Best Small Business Award. 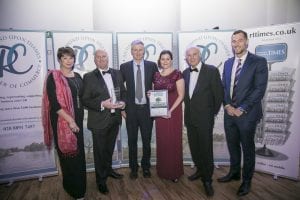 The award was presented at Richmond Chamber of Commerce’s gala dinner at Twickenham Rugby Stadium on Friday 16th November.

The award was presented to CuraCare’s directors, Adrian & Ciara Mullins by Greg Dyke, the former Director General of the BBC. 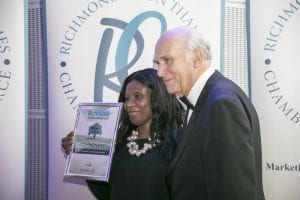 CuraCare was also Commended in the Best Training & Development Award category. In-house Trainer Umu Koroma received a certificate of Commendation from the leader of the Liberal Democrats, Vince Cable.

The presentation of the two awards both came a week after CuraCare being shortlisted in several categories of the Great British Care Awards. One of our Carers was shortlisted as one of the finalists in the Best New Comer category. 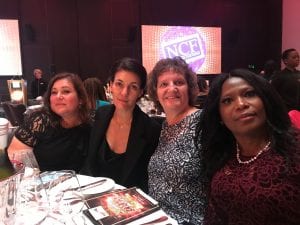 All three awards and nominations are a testament to all the hard work and dedication shown by the whole CuraCare team.