CuraCare had won the Best Home Care Employer award for the London region in the Great British Care Awards. Ciara and Adrian both felt incredibly honoured and humbled that the judges recognised CuraCare as a worthy winner of this award. 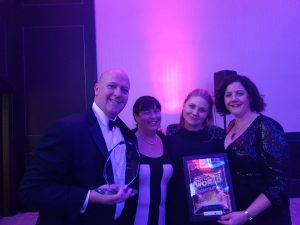 To put it in context, there are almost 1,800 home care providers in the London region. The competition to attract and retain great carers is stiff. We have put considerable effort into making CuraCare an employer of choice. We have put a number of initiatives in place and we were delighted that the judges have acknowledged how these have paid off.

We’d like to thank the entire CuraCare team for making this possible and we look forward to a great 2020.